People often wonder what exactly retirees do with their time.  While the activity of choice for most retired Canadians remains vegetating on the sunny and warm beaches of Florida, ho hum, 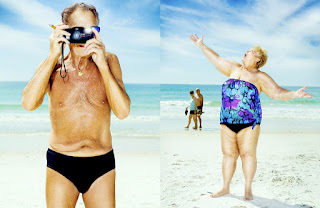 some retired Downtown Nordickers prefer driving a packed VW and skiing their way across Northern Ontario in order to ski at various Loppets.

Day one involved an early departure from Winnipeg, in order to arrive in Thunder Bay with plenty of time for a ski before dark.  We arrived at Lappe Nordic Ski just after lunch, and enjoyed skiing in some relatively mild temperatures, on lovely groomed and hilly trails.  The trail fees are $15 on weekdays, and $20 on weekends for adults.  We chose to ski at Lappe, but Thunder Bay also offers lots of nordic skiing at both Kamview and Sleeping Giant.  So many decisions to make!
After skiing for a few hours, we enjoyed the sauna and showers at the Lappe club house.  We had a delicious dinner in downtown Thunder Bay, where we perused the weather channels with some concerns about a large winter storm that would be causing havoc along our intended highway 17 southern route through Sault Ste Marie.  It was thus that we decided to take the highway 11 Northern route where the forecast was for much less snow.  We also decided to continue driving for a few hours while the weather was still good.  We ended up driving all the way to Hearst, Ontario, a distance of 1,198 km from Winnipeg.  We were already almost half way to Gatineau!  En route we passed another network of ski trails in Nipigon.
On day two, we had a nice sleep in before driving to Kapuskasing Nordic Ski Club.  Hearst also has a network of nordic ski trails which we just did not have time to explore.

The Kapuskasing Nordic Club is run fully by volunteers.  A day pass is $10.  We were welcomed at the delightful clubhouse by two friendly volunteers who did everything possible to make us feel welcome.  The trails were recently groomed, and our only complaint was that a rogue moose had trampled approximately 500 m of the impeccable classic tracks.  What a wonderful surprise to ski on the Kapuskasing trails.   Nice wide tracks groomed for both classic and skate.   There were trails ranging in length from about 1 km to 8 km in length.

We were granted access to the kitchen in the large log cabin in order to heat our lunches and to wash our dishes.  The volunteers wanted to know when we might return in order to have a lunch made up for us next time.
After a few hours of skiing, we piled back into the car and headed east, into what was forecast as a snowmaggedon.  En route we passed more nordic ski trails at both Cochrane and Smooth Rock Falls.  We decided to head to Timmins for the night, where there was a hotel with a hot tub, swimming pool and fitness room just in case we would be unable to drive or ski the next day.
Luckily, the winter storm was not as bad as forecasted.  Following a free hotel breakfast surrounded by happy snowmobilers, we arrived bright and early at the Porcupine Ski Runners Ski Club just outside of Timmins where a friendly groomer was already out grooming the trails following the heavy snowfall.
The day fee rate is $16, or $12 for those of us who are over 60.   They are a volunteer-run not for profit organization with lovely hilly trails as well as a new modern and roomy chalet which is open from 8 AM to 9 PM daily.  The 2019 Canadian Masters nordic ski events were just held here the previous weekend.  With such a large selection of trails to ski, as it was still snowing, our choice of route was basically just to follow the groomer and to ski on the freshly groomed trails.
https://www.porcupineskirunners.com/pagedocs/FullMap_RED.pdf
The trails were challenging and beautiful, especially with the heavy snow cover on the coniferous trees in the Canadian shield.
After several hours of skiing, it was time to get back into the car and continue driving towards Gatineau.  After a few hours of driving in the tail end of the snowmaggedon storm, we arrived in North Bay where we spent the night, again in a hotel full of snowmobilers.  En route we had to pass on skiing the 20 km of groomed skate and classic trails at Temiskaming.
We awoke early the next morning, feeling tired from the driving and all the skiing.  We decided to forego skiing that day in order to rest up for the upcoming Gatineau Loppet.  However, we still wanted to visit the North Bay Nordic Ski Club.

Unfortunately, upon arrival, we were so impressed by the freshly groomed ski tracks, the beautiful sunny blue skies, and the lovely hills that we could not hold back.  Before we knew it, we were dressed and ready to ski.  A day pass costs $16 and gives you access to a variety of trails ranging in distance from the 0.6 km sprint trail to the 18 km green trail.
http://www.northbaynordic.ca/ski-trail-description.html
By using all of our will power, we managed to hold back and only skied about 12 km on these lovely trails.  The trails varied in levels of difficulty, and the hills on the trails we chose made for a nice challenge.  Coach Steve, don't worry, we kept our heart rates low.
We experienced such lovely and unexpectedly beautiful Canadian shield scenery on the nordic ski trails all across Northern Ontario.  The grooming for both skate and classic was very professional, and we were lucky to ski in ideal conditions.  The winter traffic was very light along Highway 11, and driving conditions were remarkable good even through the snowmaggedon.
There are many accommodations available all along our route.  We used booking.com to secure rooms and there was never a shortage of availability.  We found that this road trip offered such an unexpected variety of beautiful trails that it rivalled, if not exceeded nordic skiing in BC.