Oh my gosh!  Just got back from Canmore where I got to ski for a couple of days and watch the latest round of the Cross Country Ski World Cup.  They had exceptional conditions and watching the best cross country skiers in the world (aside from Downtown Nordic, of course) is breathtaking.

If you aren't aware, Canmore hosted the cross-country ski events at the 1988 Winter Olympics.  It's a incredible place to ski and also it's very spectator-friendly for watching races.

My first two days in Canmore were for skiing, which just happened to include skiing with world cup skiers!

The trails were loaded with top skiers: 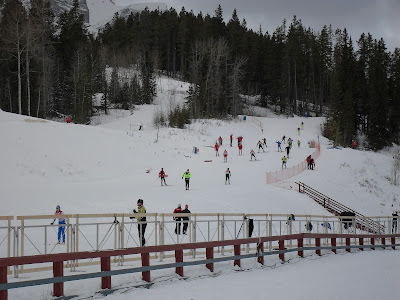 Here are a couple of Russian skiers: 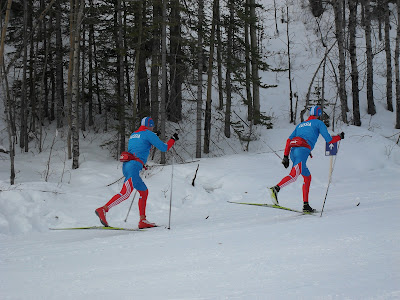 When I skied past them, you could just sense the awe and admiration in their voices.  By the way, Downtown Nordic sounds the same in Russian as it does in English.

Here are a couple of Canadian skiers getting some last-minute coaching advice.  It seemed to work as skier 14, Jesse Cockney, went on to qualify second in the Saturday sprints and finish 9th overall. 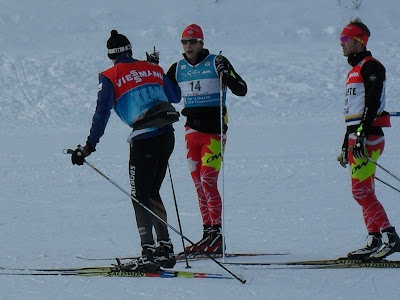 Here are some of the wax technicians testing skis.  These guys worked for about 6 hours out on the snow the day before the race ... plus all of the work they would have done in the wax trailers! 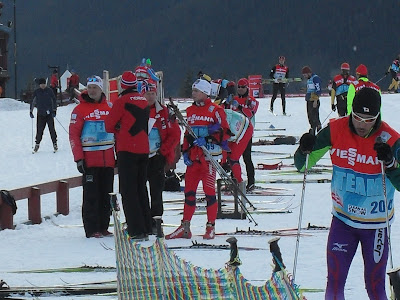 For anyone thinking we do too many drills in our technique sessions, well there were tons of world cup skiers doing drills when I was there.  Here's a German skier doing classic drills.  The German's absolutely dominated the next day's classic race. 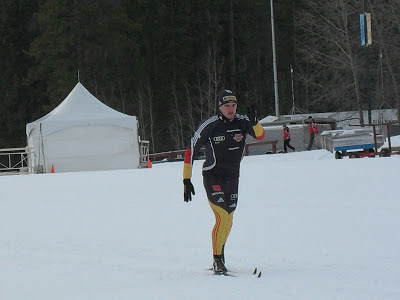 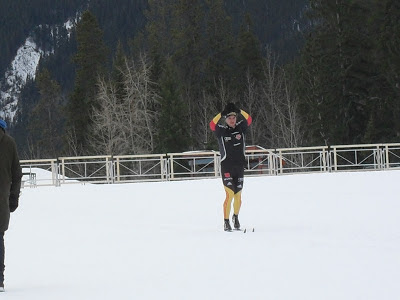 So, basically what I'm saying is that Tim's technique drills are preparing us to dominate the world of skiing!

Oh, I wasn't there just to take pictures ... or maybe that's another world cup skier: 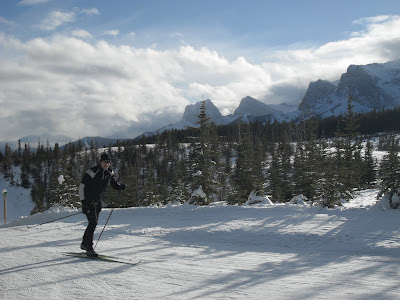 Here's what you get to ski on at Canmore: 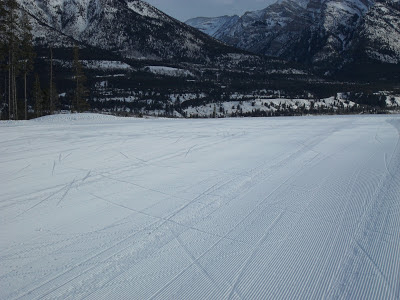 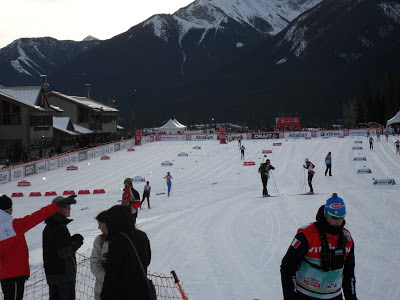 ﻿One of the Swedish women's skiers warming up: 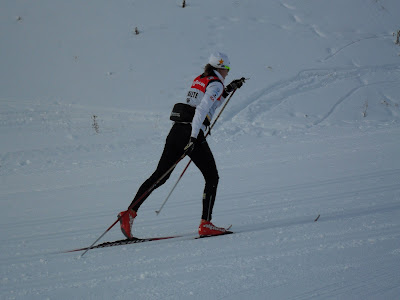 ﻿
The first climb of the women's race: 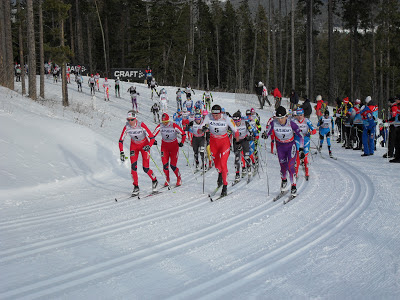 And the winner of the women's race, Poland's Justyna Kowalczyk, double-poling to the finish line:
﻿ 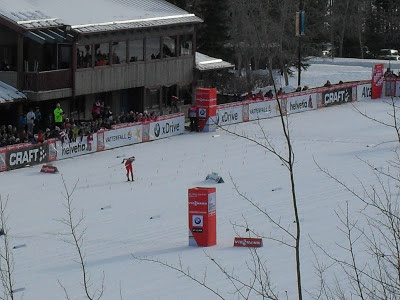 ﻿Warming up for the men's race ... here's Devon Kershaw and Alex Harvey.  Devon was second and Alex sixth in the overall World Cup last year: Here's the men's field on the second lap.  It's amazing how close you can get to the athletes as well as get to different parts of the course during the race. 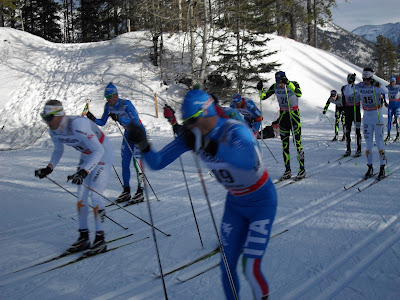 One last thing.  In the chalet at Canmore, Chandra Crawford has her 2006 Torino Olympic Gold Medal on display with a note that it's "Canmore's medal".  This is just one more reason that Chandra is a class act. 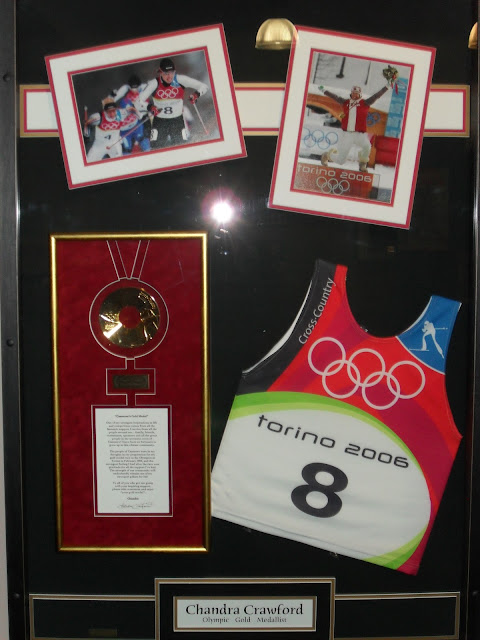