Skier of the Week

It was a tough call this week with three very deserving candidates.  After several gruelling hours of deliberations, the Downtown Nordic Skier-of-the-Week is Levi Nadlersmith! 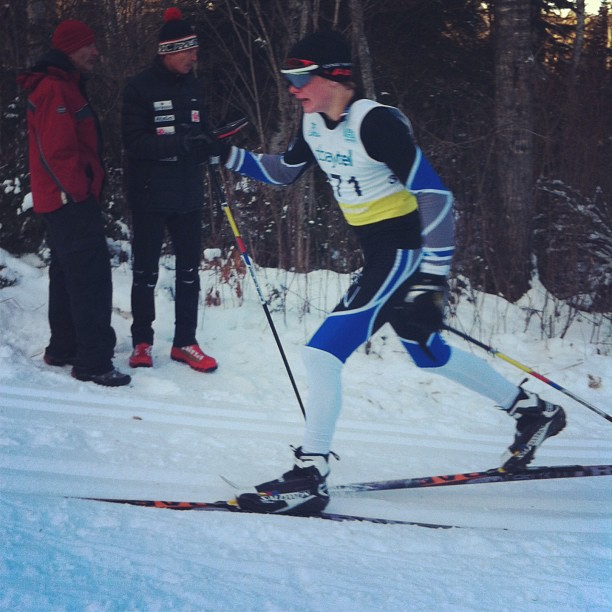 After taking the bronze medal in the classic race on Thursday in Thunder Bay, he topped that by taking the gold medal today in the skating race.  Outstanding accomplishments Levi!   Levi is a very important part of the Downtown Nordic junior team ... partly because he is the only member of our junior team.

Andy Dwilow was first runner-up.  Andy Dwilow played a critical role in figuring out how to regain access to the damaged Downtown Nordic locker that had all of our new toques in it.  If you have ever wondered how many Downtown Nordic club members it takes to open a locker ... it is exactly 5!

The second runner-up was Paul Lapointe for winning the inaugural Windsor Park Grand Prix.  Paul is making a comeback to ski racing this year and took his first win in 10 years!  Here is Paul (on the right) next to Brad Pitt:

Important note: the roles of runner-up are critical as they may have to step in if the winner is not able to fulfill their role as Downtown Nordic Skier-of-the-Week.